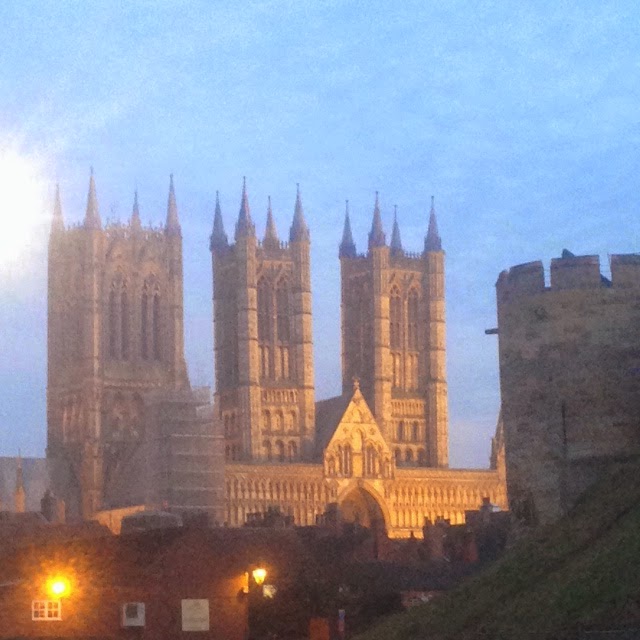 ….Talking of dragons….and of course stone…visiting Lincoln cathedral recently we could not help but be overwhelmed by  the sheer scale and beauty of the cathedral perched high above the surrounding landscape.
Many cathedrals contain dragons and gargoyles with hideous faces and twisted bodies - and we have often wondered why these devilish characters were given house room in such Godly locations.
The origin of gargoyles in church architecture is apparently linked to a legend of a fierce fire breathing French dragon named La Gargouille, (are garlic fumes flammable?).
As the French legend goes, the head of the dragon was mounted on a newly built church in Paris having been slain by a Saint.
The word 'Gargoyle' also shares a common root with the word 'gargle'; which comes from 'gargouille', and the French word for 'throat'. A true gargoyle is a waterspout and a carved creature that does not serve the purpose of a drain pipe is called a 'Grotesque'.

Lincoln  Cathedral has it's own special fiendish Grotesque known as the Lincoln Imp.
According to 14th-century legend, two mischievous creatures called imps were sent by the Devil to do evil work on Earth. After causing mayhem in Northern England the two imps headed to Lincoln Cathedral where they smashed furniture and tripped up the Bishop. An angel appeared in the Angel Choir and shrieked at them (sorry, that was me reliving having young children)…ordered them to stop.
One of the imps sat atop a stone pillar started throwing rocks at the angel whilst the other imp cowered under the broken tables and chairs. The angel turned the first imp to stone and the second imp escaped. The imp that was caught and  turned to stone can still be found, frozen in stone, perched on top of the stone column in the Angel Choir.

Legend has it that the second Imp escaped to Grimsby and continued his bad behaviour there until he was caught and turned to stone after receiving a whacking. He can be seen still clutching his backside and presumably perched on the naughty step. 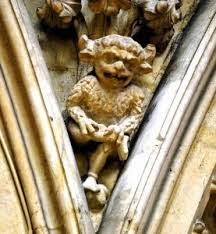 Posted by Stoneballs Company at 04:44 Links to this post

We just had to share this picture of Polyanthus Fire Dragon as it is a freezing cold, frosty day and yet glancing into the garden our eye is caught by what looks like a small fire glowing in the large copper wash tub on the terrace. It's a new Polyanthus and It produces spectacular flame coloured blooms that are larger than usual and stand tall on sturdy stems. 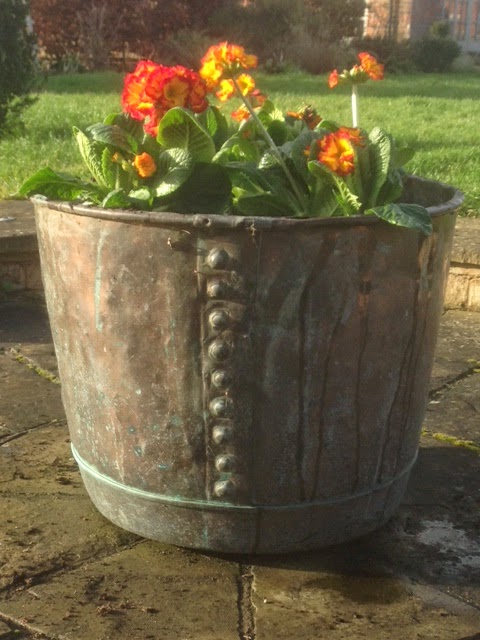 Just the thing when it's cold outside…..now where's the Sloe Gin?

Posted by Stoneballs Company at 03:34 Links to this post 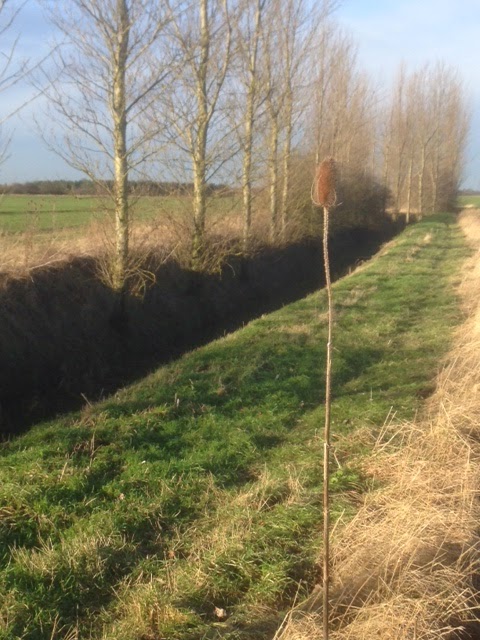 Posted by Stoneballs Company at 03:52 Links to this post

Not so slow Sloe Gin


Posted by Stoneballs Company at 03:19 Links to this post