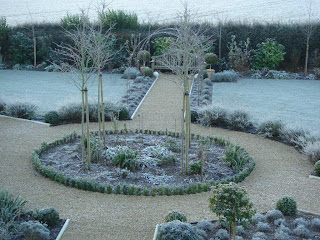 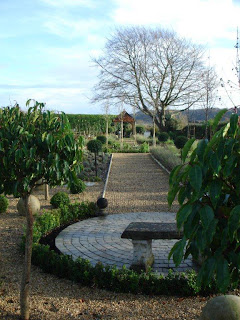 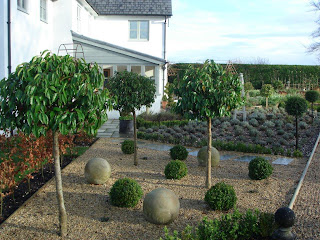 For garden planting and design inspiration check out Terry and Vanessa Winters' new garden they are in the process of creating.

The new garden follows on from the beautiful garden they created at Linden Barn, Hampshire.
Following their Ordnance House blog is fascinating to track how a classic garden is planned and developed - not to mention all the hard work that goes into its creation.

Posted by Stoneballs Company at 09:40 Links to this post 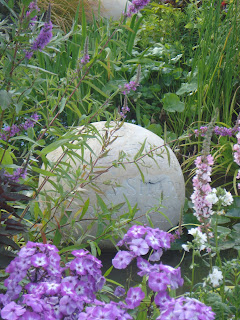 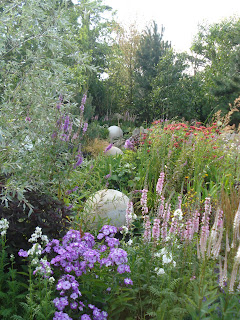 Posted by Stoneballs Company at 07:52 Links to this post

Stoneballs Company supplied the large sandstone balls that were cleverly engraved by the World skills team and were a great feature of the show garden.

The talented young members of Team UK for WorldSkills London 2011 that created The Stockman's Retreat show garden for this year's Hampton Court Palace Flower Show (5 - 10 July) have had their achievements celebrated by RHS judges, securing a Silver Gilt Medal for their work.

WorldSkills London 2011 (5-8 October) will be the largest international skills competition with young people from across the globe competing to be the best of the best in their chosen skill.

Chris said: "What’s important to remember is that these lads are at the beginning of their career in creating real gardens and this showpiece gave them a fantastic opportunity to engage and learn in an intensive environment but also gave them the chance to receive the very many positive comments from the visitors to the show. The end of the week has been capped off by winning the coveted People’s Choice Award which is testament to the hard work by all those involved in the project and a great boost to the Team UK lads ahead of their big test this October"

Posted by Stoneballs Company at 07:55 Links to this post

WorldSkills 2011 Team UK members have built a special show garden for this year's Hampton Court Palace Flower Show. Join Janet Murray as she blogs all the action from the event.

....'here's another picture from the WorldSkills garden. There are a number of sphere shaped sculptures; some have markings on, others don't. The ones with markings on are supposed to represent the increasing skills of the competitors as they get further and further in their journey towards the competition...clever eh? One (photograph to follow) says, very poignantly, 'skills shape our world'
Posted by Stoneballs Company at 06:24 Links to this post