Hydrangea is a bit of an odd fellow. Blousy, chameleon-like, blue or pink, easy to grow yet wilts at the drop of a hat….its a bit of a mixed up kid. 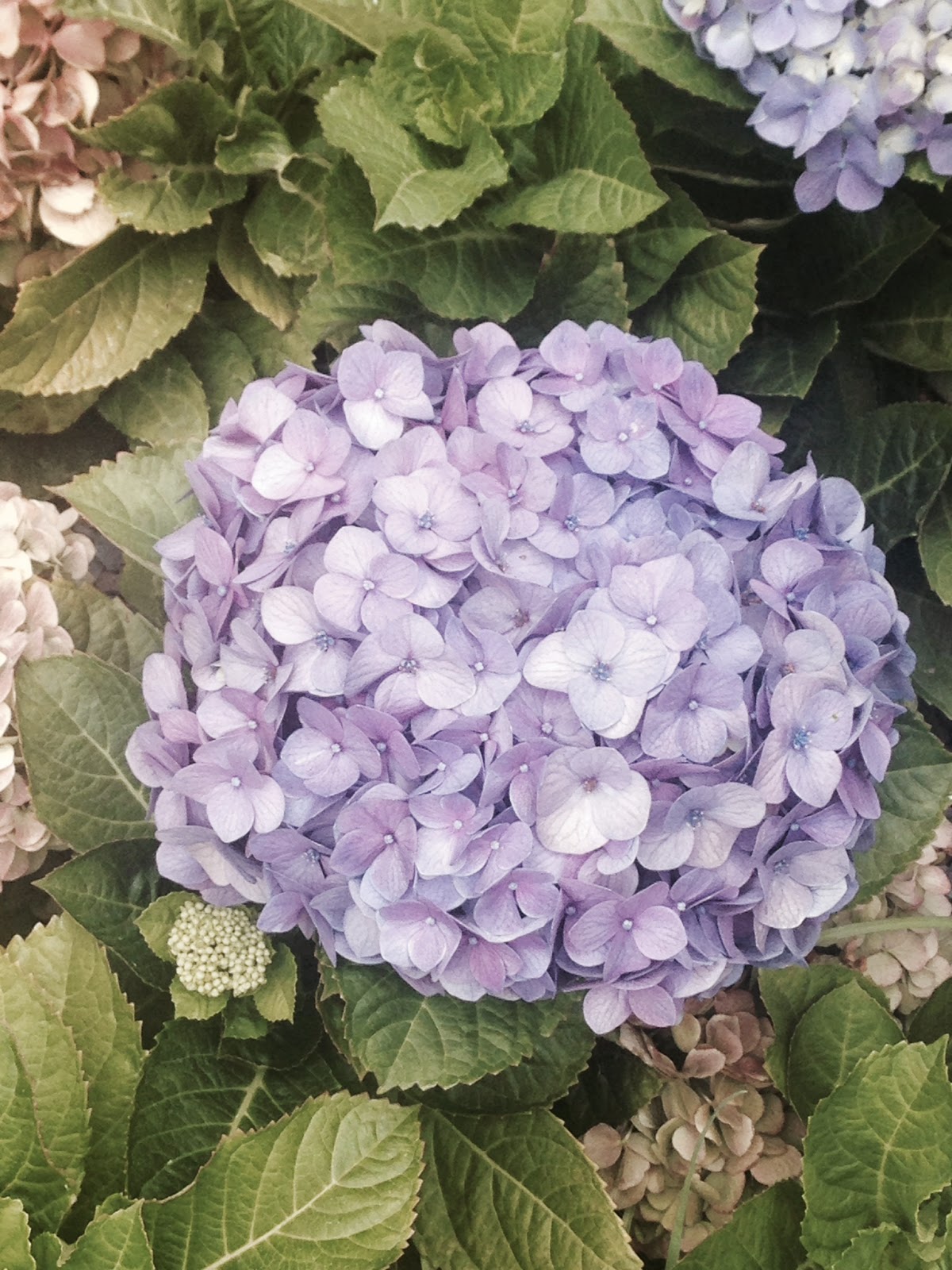 Its folklore is equally diverse -  having a hydrangea too close to her home can doom a single woman to remain unmarried and stands for frigidity and heartlessness in the Language of Flowers.  The hydrangea also stands for boastfulness - probably due to the inflated size of its roundheaded flowerheads. It's also capable of breaking curses placed on some unlucky person by a witch. At the same time it's a nice character really as it stands for friendship, devotion and understanding.
Native Americans and settlers used it as a medicinal herb to remove 'gravel' from the bladder, to stimulate saliva, and as a diuretic, laxative or tonic.
The Japanese brew a sweet tea from the lacecap type, and some foolhardy types have even been known to smoke it even though hydrangeas are mildly toxic containing small amounts of cyanide. I'd give that a miss then….. And yet its used as a tonic in alternative medicine.

HHmmmm let's just say it's a great shrub for a sunny yet moist border and what gorgeous, perfectly round flowers. 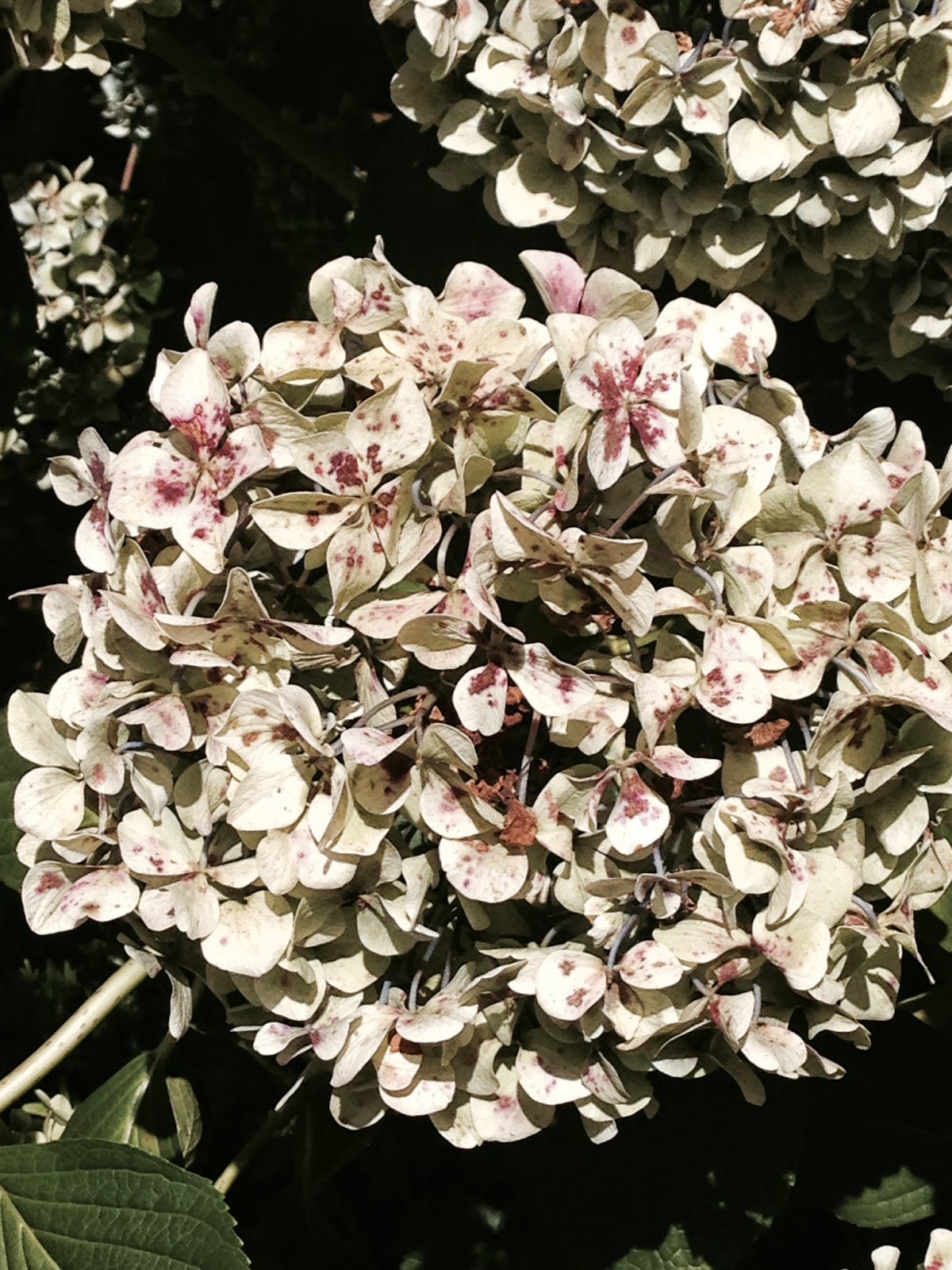 Posted by Stoneballs Company at 10:10 Links to this post 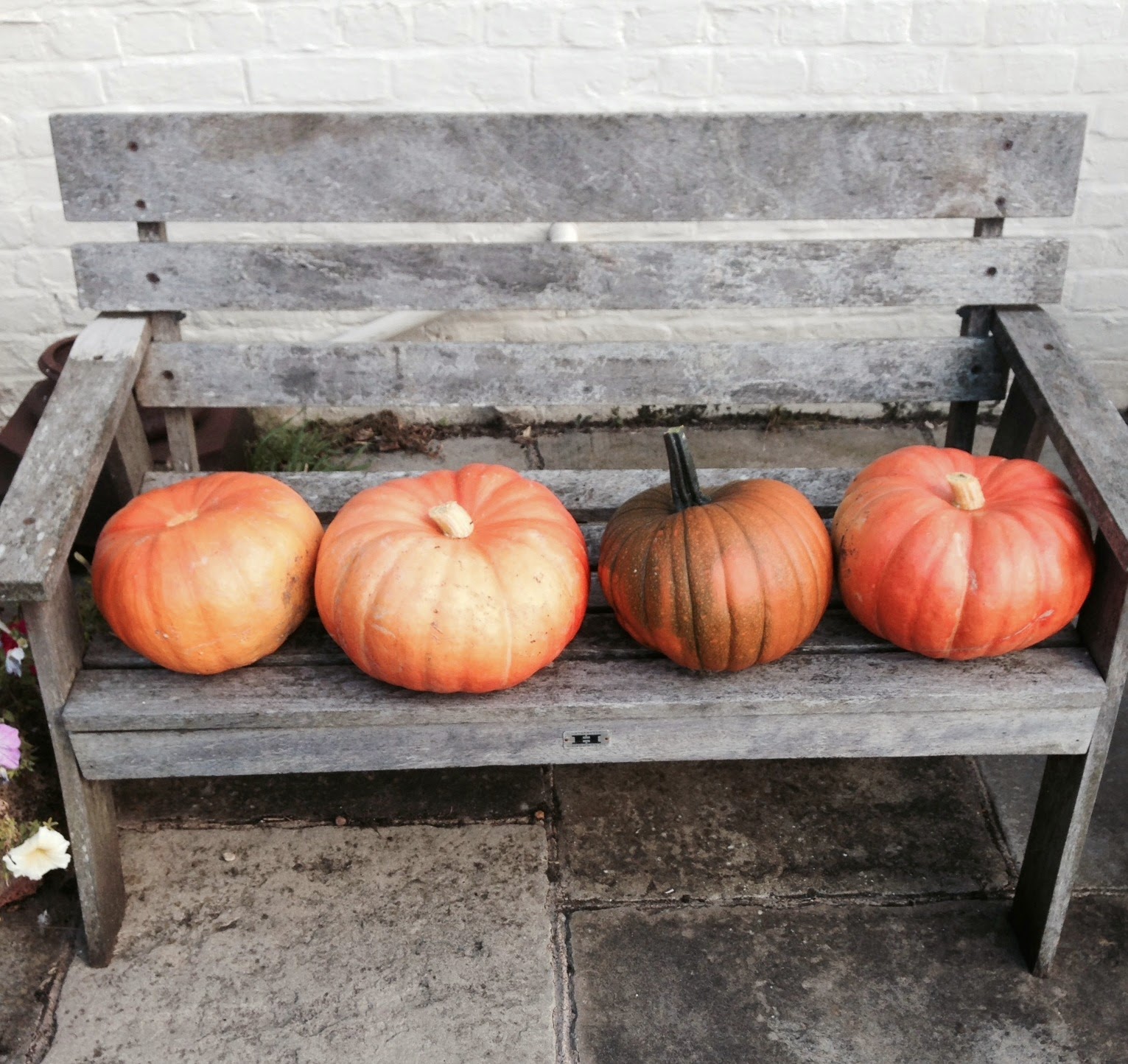 Pumpkins. Can there be any other fruit (yes, a fruit) that can be more satisfying to grow? Pop a few seeds into a forgotten area in the garden and wander back a couple of months later and wow…..where did they come from? Beautiful bright coloured pumpkins like jewels in the ground….(hhmm going a bit poetic here..pull back a bit girl)

Anyway, what glorious things they are and if you were a Pilgrim in the 16th century you would be more than thankful to see them as this would be your staple diet in the hard winters of colonial America.


'Our pumpkins and parsnips are common supplies,
We have pumpkins at morning and pumpkins at noon,
If it were not for  pumpkins we should be undoon.'

Even better for the colonists, the shells were used for haircuts ensuring a lovely, stylish rounded uniform cut. Good grief what a look…..Pumpkinheads.

At least the early colonists had an easy job at Halloween, carving their Jack-O-Lanterns from the easy to carve pumpkin shells. Growing up in Scotland we had to struggle with rock hard turnips to make our lanterns…soft, we were not.

Click below to see a video showing how and when to harvest your crop.

How to harvest and store your pumpkins

Posted by Stoneballs Company at 10:06 Links to this post